No Snow Festival But…

Weather rarely changes your tour schedule, but it happened when I prepared to welcome guests from the Philippines in February, 2016. As the tour title ‘Snow Festival Five Days’ suggested, the main purpose of the tour was to see the Snow Festival in Sapporo, which is very popular. It attracts about two million people from Japan and abroad every year. 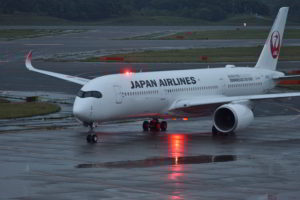 On the day of my guests’ arrival at New Chitose Airport, I waited for them, but they did not come. Their flight was scheduled to leave Manila in the Philippines and arrive in Sapporo via Tokyo in Japan. When they arrived at Narita Airport in Tokyo, Jack Frost came to Hokkaido bringing a severe snowstorm. Because it prevented their flight from landing at New Chitose Airport, they had to remain in Tokyo. The next day their flight was cancelled again for the same reason. They arrived two days behind schedule.

Unfortunately the Snow Festival was already over when they arrived. The snow statues on display at the Snow Festival had already been demolished. This was because in the past the statues had remained standing after the festival until a young boy who was looking at the massive snow sculptures had been killed when one of the statues collapsed on top of him. Since then the venue has been completely cleared on the last day of the festival.

The five-day tour became shortened to three days so we had to reschedule the whole tour plan. After a long discussion with the travel agency and the local tourist information office, we first chose the Ice Festival held at Lake Shikotsu instead of the Snow Festival. Among the many kinds of winter festivals we have in Hokkaido, we chose it because we thought it was almost equivalent to the snow festival in scale and it fitted into the shortened tour schedule.

We also had to cut some faraway sightseeing spots but added other spots nearby. I thought the new schedule was worth as much as the original one taking into account the limited time.

During the tour I avoided making negative comments and encouraged them to enjoy their trip. Cancelling tours, I told them, is extremely rare, and these tours almost always become a memory you will never forget. In the future, you will talk about it with your friends with a smile and a lot of laughs. Although they could see the festival on the internet at home, I bought postcards of the Snow Festival for their souvenirs.

Before the day of my guests’ departure, I received a call from the travel agency saying the return flight was cancelled. The agent said the guests’ names were on the waiting list for an early morning flight, which was the only option for them. I was asked to negotiate with the airline representatives at the counter in the airport to get them on the plane. My guests and I discussed it, and they hesitated because it was not certain they would be able to get on the plane even if they woke up at four o’clock in the morning. Finally they agreed.

I was relieved, and we smiled at each other when we said goodbye at the airport security check. I waited at the airport until I confirmed that their plane had landed at Haneda Airport in Tokyo. I left the airport and returned to my home. On the way I comforted myself by recalling the phrase ‘All’s well that ends well.’

Although they did not see the Snow Festival, I hope they felt our sincere hospitality. Even in the worst weather conditions and the many schedule changes, the travel agency and I offered them as much as we could do.

Today we live with coronavirus. It’s possible tours could become virtual, which means people could enjoy travelling by just sitting on a sofa in their  rooms. Yes, it is possible to see popular sightseeing spots on the internet, but one thing you cannot see and touch is the hospitality we put our heart and soul into. It is the main part of our tours even if it is intangible. Our tours  are not just visiting sightseeing spots, but enjoying personal contact with local people,  including us. So if you want to experience a real tour, please contact us. We offer our best efforts for you to be able to enjoy the tour. You are always welcome.