What do you do when your customer gets sick?

Before a tour starts, tour guides pray that the tour will end peacefully.

However, it is a fact that things don’t always turn out that way. Every time
there is a minor or even a major accident or a problem.

It is the essence of being a guide to get through such abnormal situations,

but we cannot do it without the help of the driver who accompanies us,
the restaurants, staff of the tour agent who backs us up, the staffs of the
hotels, and sightseeing spots we visit, and even the doctors and nurses in
hospitals! 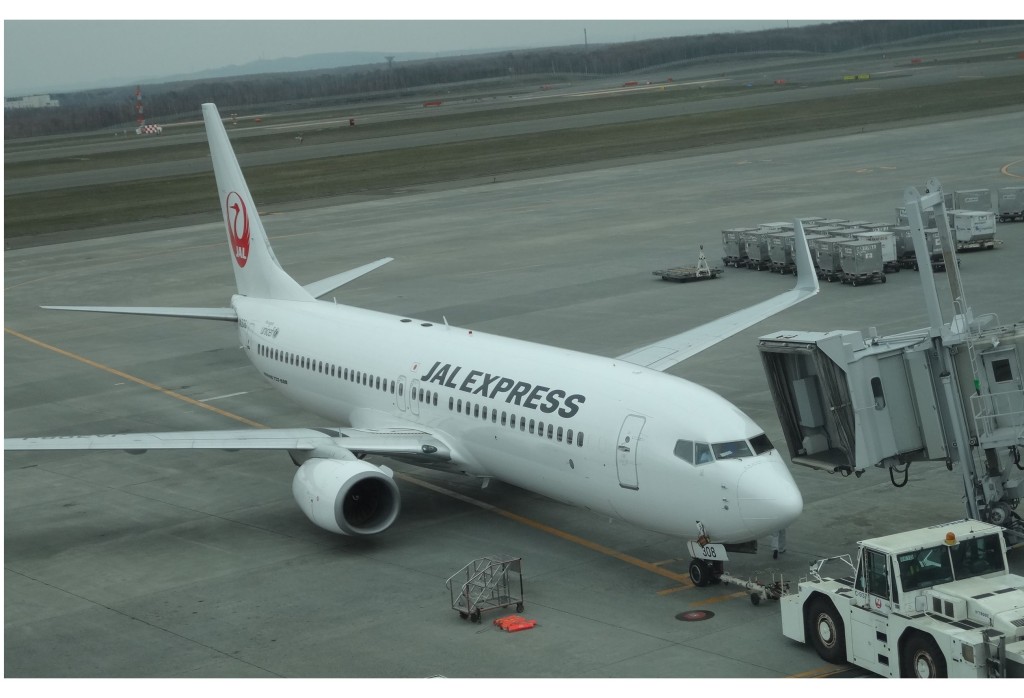 Because a guide basically is a sole proprietorship and usually works alone,

he/she often thinks that “I cannot get help from anyone while working,” but
this is not true. In order to accomplish a client-planned tour, the guide
must keep in mind that he/she is a part of the other staff members just
like one of the “Omikoshi” or portable shrine carriers, and must maintain
good communication with them.

There is a small travel agency run by Ms. M, a Japanese American living in

Los Angeles, who sends about 10 clients to Hokkaido regularly every spring
and autumn. Ms. M’s tour concept is as follows.

1) A relaxed itinerary with at least two nights per destination.

2) At least one impressive moment once a day during the tour.

3) Heartwarming interactions with the people where members visit.

4) Free time for solo activities for members each day.

Because of these circumstances, the age range of the tour members is high

for the agency’s tours, with the highest age being 80, the lowest 67, and the
average 70 during the several tours I was in charge of. So, the focus is to
make sure that each one of the members enjoys the tour with a reasonable
schedule and to take care of their health. 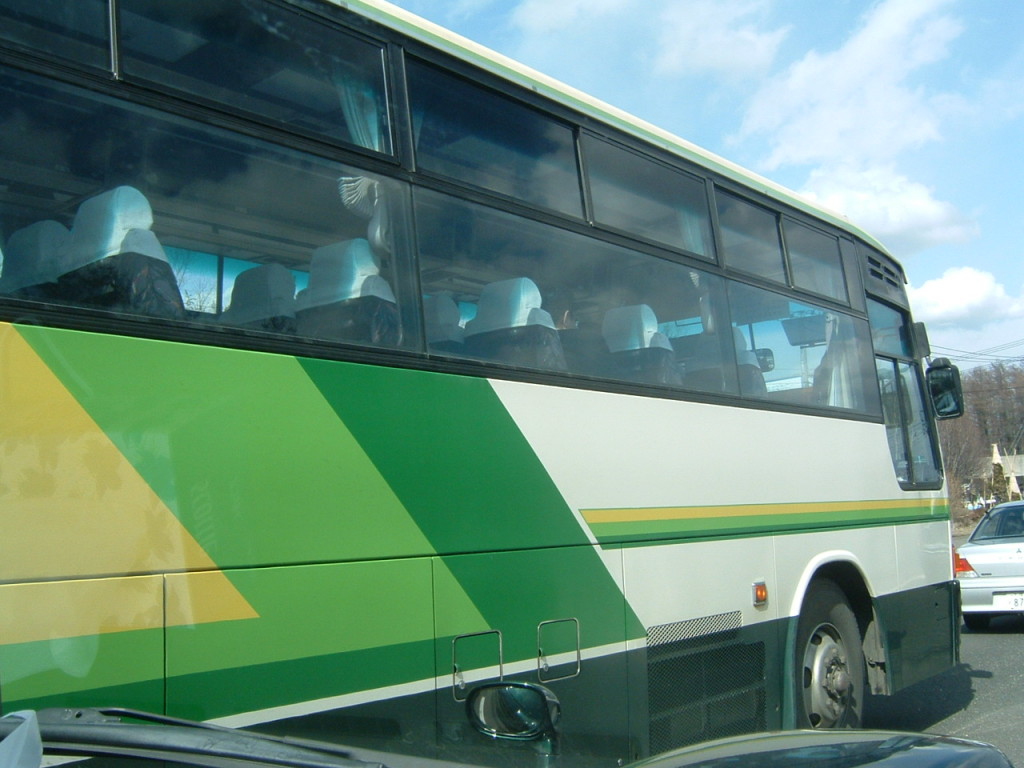 follow.The day before we were to meet our guests in Sapporo, we received
a sudden email from one of our members. Just after arriving in Tokyo, her
partner was hospitalized with gallstones and was in the ICU. He was unable
to participate in the tour.

After 10 days in the hospital, he was on the mend and eventually returned

to the U.S. with the rest of the group. On the one hand, I felt sorry for the
person who had lost his trip to Hokkaido, but on the other hand, I wondered
what would have happened if this had happened after the tour had started.

Needless to say, a staff of an affiliate agent in Japan was busy making

arrangements with the hotels and other facilities to reduce the number of
participants and canceling reservations.

The first day of the tour was an excursion around Sapporo.

Before picking them up at the hotel, the agent staff informed me that Mr.
D, 79 years old, had been complaining of dizziness and nausea since this
morning, so she would take him to the hospital first thing in the morning.

I met up with Mr. D at a restaurant for lunch, and he told us that he had
just gotten some medicine from the hospital. However, I could somehow read
the anxiety on his face and he didn’t seem to be eating well. After that,
he took care of himself by refraining from long walks and going out at
night to avoid fatigue. 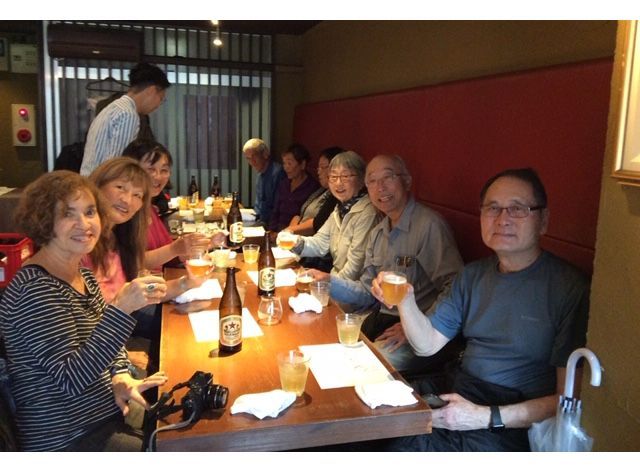 However, a little after 8:30 p.m. in Obihiro on the eighth day of the tour,

Mr. D’s younger brother Mr. B called me and said that Mr. D wanted to go to
a hospital because his nausea had returned and grew serious. I immediately
took a cab to the Obihiro City Night Emergency Hospital, which the hotel
staff had told us about. Even in the cab, the symptoms of nausea continued,
and I was lucky that I had prepared a plastic bag.

Just before we left the hotel, I had called the hospital to explain his con-

dition, and they were able to examine him right away. The doctor, an elderly
and pleasant man, interviewed Mr. D about the details of his symptoms, and
then examined him in a sitting position, and then in a prone position on the
bed, leaning his head and body this way and that. 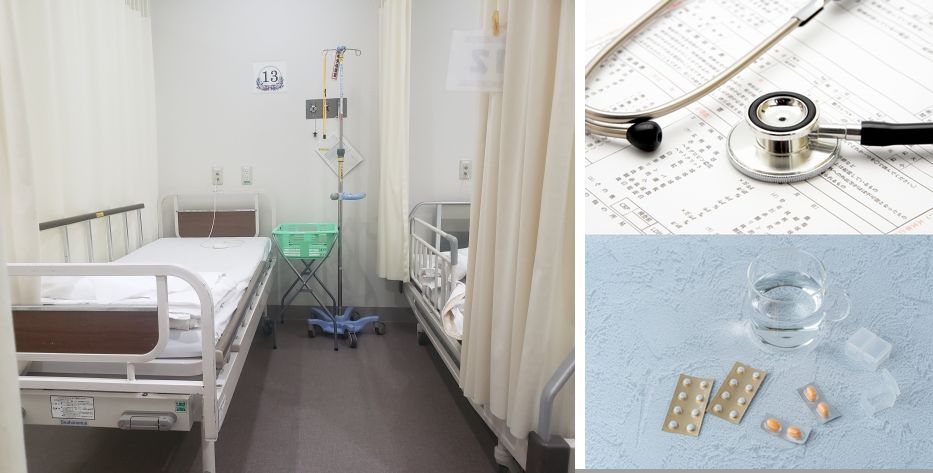 The diagnosis was benign vertigo, or “benign paroxysmal positional vertigo

(BPPV)” to be exact. According to the doctor’s explanation, the main symp-
tom was dizziness. Nausea is an accompanying symptom. Anyone can
develop this disease as they age, but it is benign and transient (heals in
about two weeks at most). The dizziness is thought to be caused by staying
in the same position for a long period of time, and anyone who can think of a
reason for it should try to prevent and improve it by consciously moving their
head from time to time. He seemed to be very satisfied and relieved by this
explanation. After that, he received an hour-long intravenous drip injection
for anti-nausea, was prescribed 10 days’ worth of medication, and returned
to the hotel. 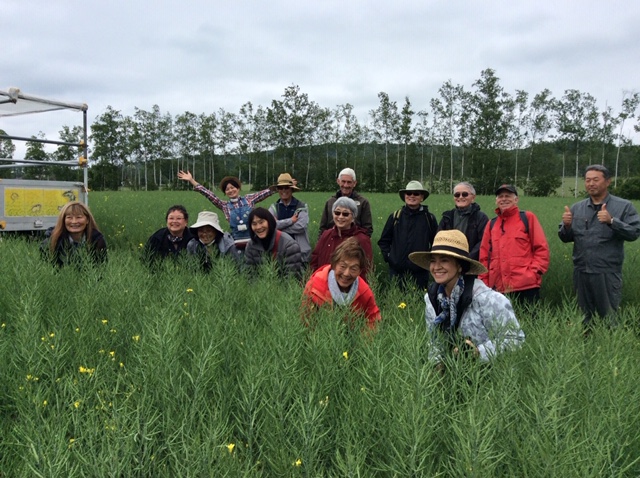 After a good night’s sleep, he had fully recovered from the symptoms the

next day. Then we moved to Kushiro in the morning and had a delicious bowl
of rice topped with slices of various kinds of fresh fish at the Wassho Fish
Market, which he had been looking forward to. However, he did not partici-
pate in the next activity in the afternoon, taking care of himself by relaxing
at the hotel. Accordingly, he regained his energy and enjoyed dinner with the
other members, which he had missed the night before. 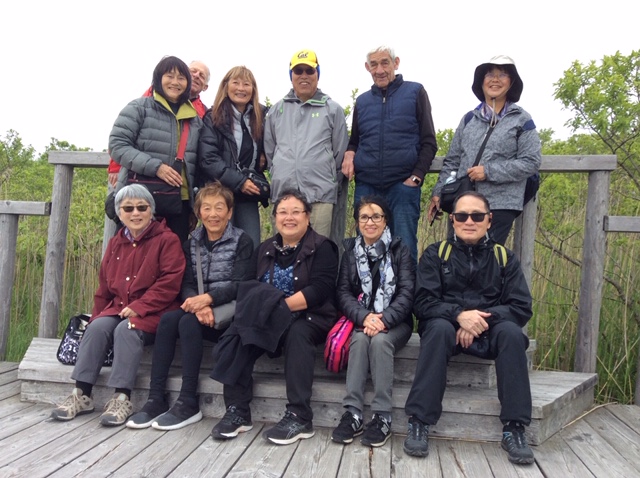 At the Obihiro hospital, he was given double the amount of nausea

medication that he got at the first hospital, and the dizziness and nausea
did not recur until the last day. I received words of gratitude from Mr. D
and his family for the success of the treatment in Obihiro, and as a guide
I felt an irreplaceable joy.

there will always be an accident during the tour, and preparing to deal
with it in the best possible way.