A Tour of Hokkaido Rally Racing

The vast, wide-open spaces of Hokkaido are just perfect for rally racing. 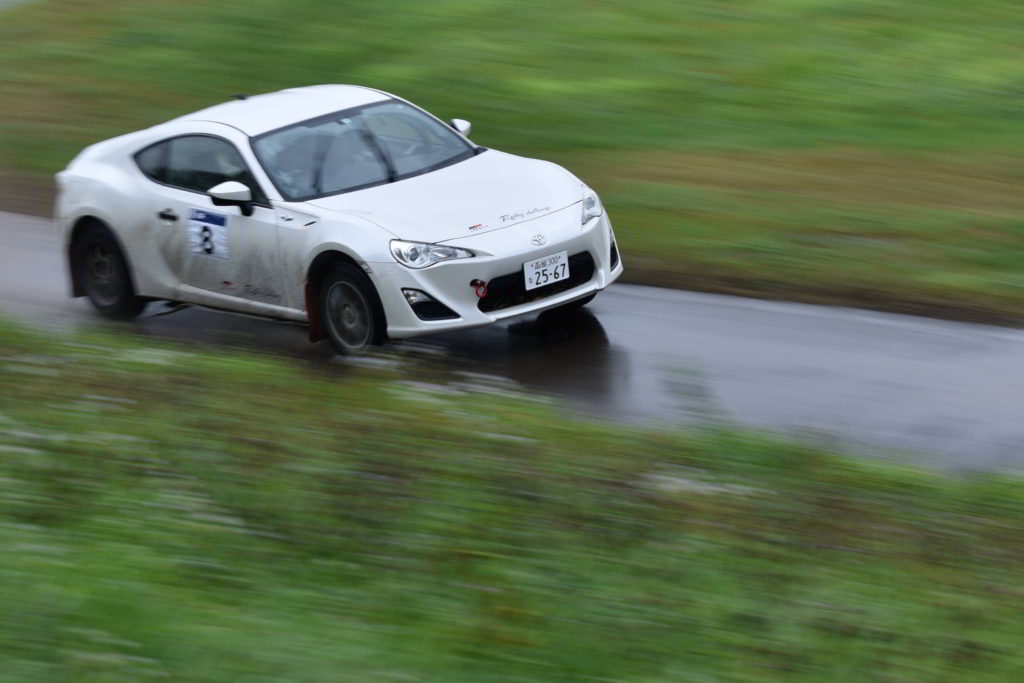 and long courses on dirt roads. Rally driving is popular in Europe and becoming more and more popular in Japan. Hokkaido is one of the main areas in Japan for rallies along with Aichi and Gifu prefectures. Aichi is the area where Toyota Motor Corporation started. The Toyota Corporation, whose president himself is a race driver, participated in the FIA World Rally Championship again in 2017.

In the autumn of 2017, I guided a group from an Asian branch of an

automotive supply company. The group members invited were selected because of their high sales of automotive products. The tour was an incentive tour. During the three-day tour, they visited some popular sightseeing spots, but the main purpose was to watch a rally in the Tokachi district of Hokkaido.

On the day of their arrival at Obihiro Airport, I guided them to the head

office of the Hokkaido rally competition in Obihiro City to join the opening ceremony. They enjoyed the festive atmosphere and the excitement of seeing the high performance racing cars and popular drivers. On that day, the short sprint races were carried out on the paved roads along the river in the same area. The main race would be held at a race course in the town of Rikubetsu the next day. For many of them, this seemed to be their first time to watch a rally.

were engulfed by trees. Therefore, it was difficult to find a place where you could actually see the cars and catch a glimpse of your favorite drivers. Some guests wanted to watch the cars go through the hairpin curves, where the cars race past surrounded by swirling sandy dust and gravel. The place is especially favoured by people who like to take pictures. Others wanted to see the cars on the goal line for the start and finish by sitting in the spectator and viewing areas, and still others wanted to see the cars going flat out on the straight sections of the circuit.

the best places were for my clients. We picked out some places for our guests and discussed it with them. According to their preferences, I asked the bus driver to drop the guests off at their preferred viewing places. After the race was over we picked them up at each viewing spot. They really enjoyed and appreciated watching the race from their preferred viewing points. On the way to the hotel in the bus they excitedly talked about the rally.

Due to the coronavirus this year, many races were cancelled. If a race was

carried out, it was a race without spectators or the viewing areas were limited to the short sprints on the paved roads along the riverside. After life in Hokkaido becomes normal again, come and watch the rally races in Hokkaido during your sightseeing trip.  I am sure you will enjoy them!