Lake Akan is the only place you can see Marimo
― What is Marimo?

Marimo is a collection of string-shaped green algae in the shape of a ball.

The algae can commonly be found in lakes in the cold areas in Japan and abroad. And at almost all lakes around Lake Akan the same algae exists. 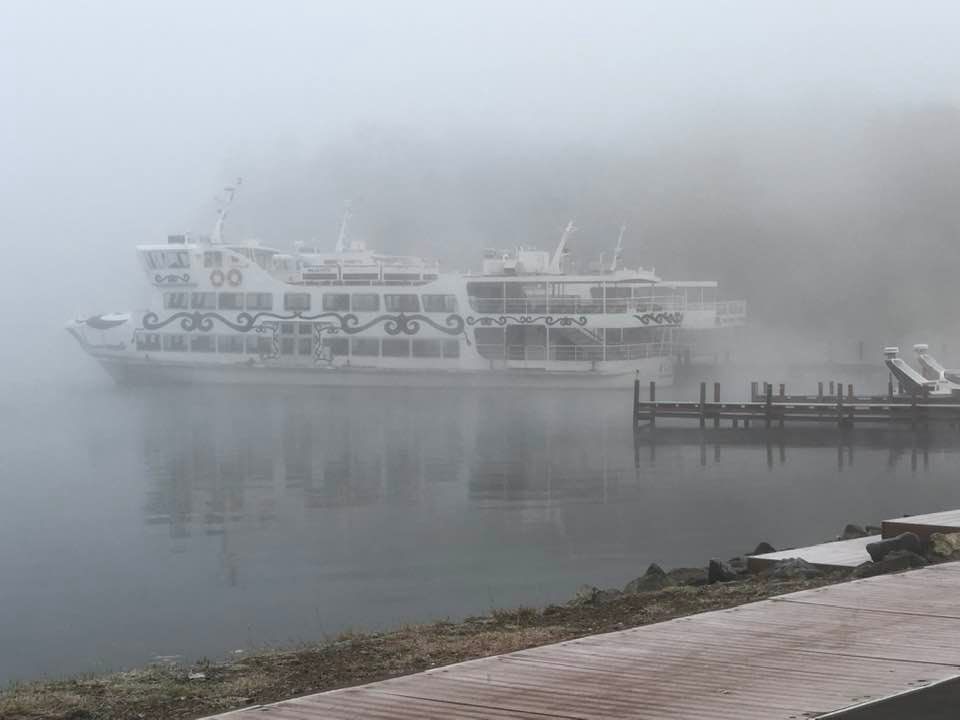 But Lake Akan is the only

There are a few reasons,

Marimo lives on the shallow lake floor where the sunlight can reach. The

spring waters from the lake floor and the river water move the marimo constantly. The Lake Akan area is particularly windy and the wind moves the lake water, which helps the growth of the marimo.

Marimo can go round and round all the time and it gets bigger and bigger.
When a ｍarimo becomes too big for the sunlight to reach inside, the center of the ｍarimo dies and turns into a vacant space. That’s when it gets broken into small pieces.
But it doesn’t mean it’s the end of the

marimo. Each broken piece will again begin to turn into a ball shaped marimo. 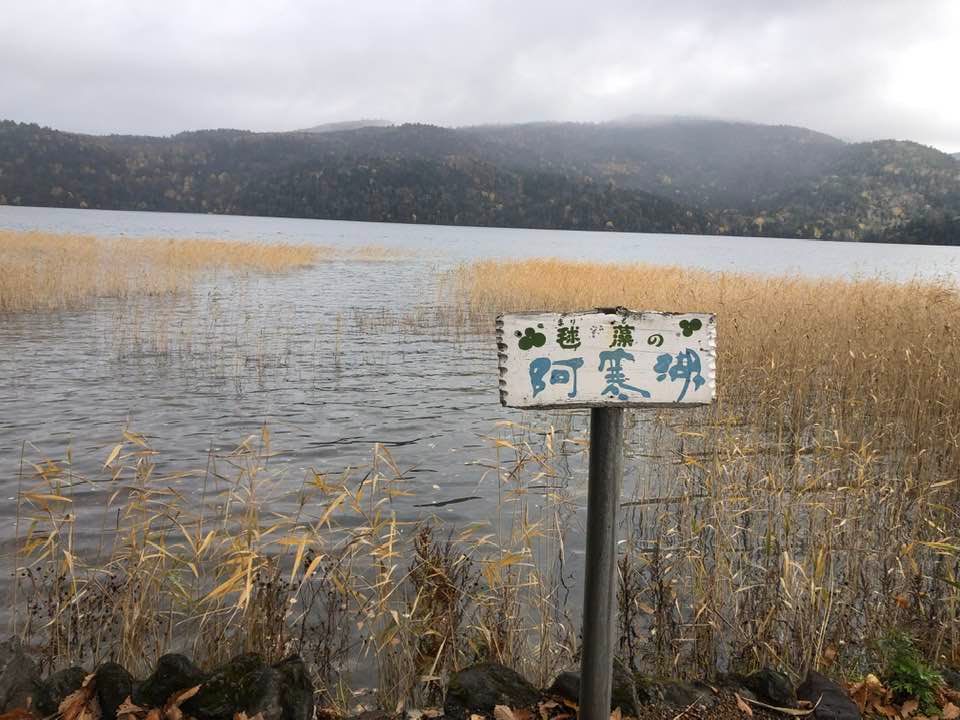 The marimo in Lake Akan

have been facing extinction. As the marimo became popular among tourists in the 1960s, a number of hotels, restaurants, and gift shops were built on the shores of Lake Akan. The water discharged from these businesses made the lake water rich with nutrients. The lake water got polluted and more lake weed grew.

These conditions were detrimental to the marimo. At some locations in Lake

Akan, the ｍarimo died out and now they can only be found at only a few places where the marimo have survived. Now the local people have made strict regulations and introduced a good water drainage system. Also, volunteers have been working to remove weeds from the lake. People have been learning from the past mistakes and experiences.

In the past, there were glass bottom sightseeing boats taking the tourists 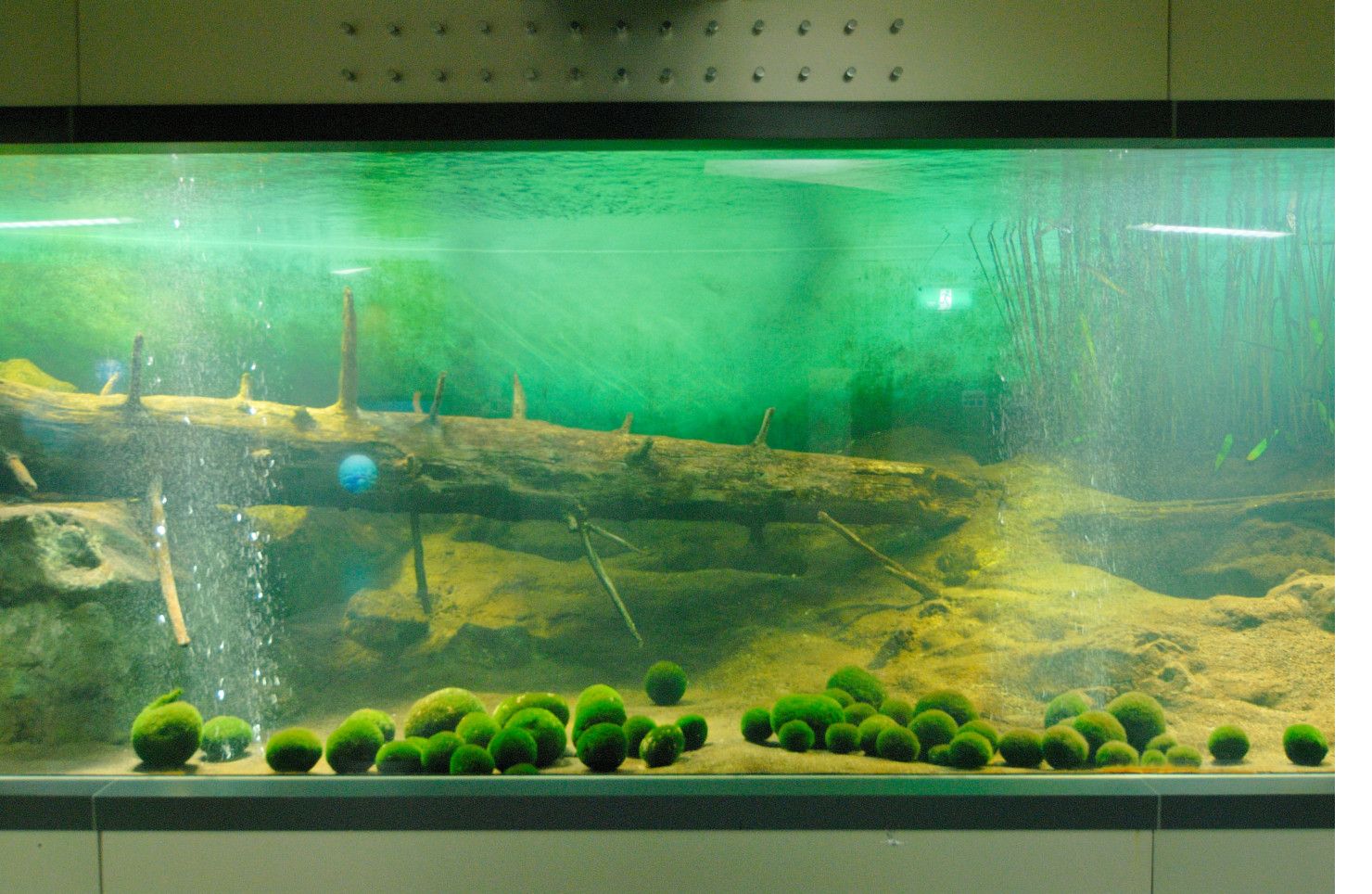 Instead, they opened a Marimo Center on an island in the lake where people can see marimo. The marimo are now shown in glass cases. In spring, the marimo are brought to the Center and when the winter comes, the marimo are taken back to their original habitats. Lake Akan freezes in winter, and the marimo will sleep in the lake.

Marimo look great and people wanted to keep them at home, so in the

past, there were so many cases of marimo being stolen at night from the lake and sold as souvenirs. So many marimo were taken. But now you can only buy artificial marimo at gift shops.

They harvest the algae from the nearby lakes and make them into ball shapes and sell them as marimo.

The DNA of these souvenir marimo are the same as the natural ones. After the artificial marimo became available, the stealing stopped. It’s a great idea

to get a bottle with an artificial marimo inside at a gift shop and keep it at home to remember your time at Lake Akan.